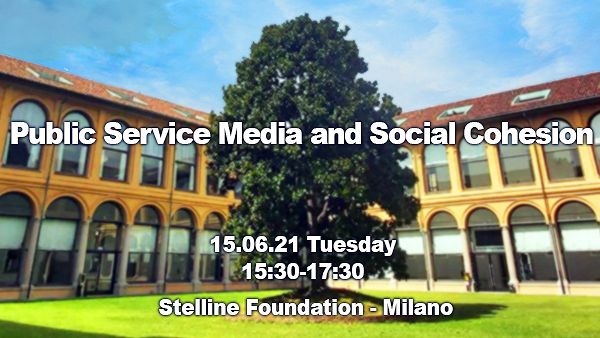 
Stelline Foundation, Sala Chagall | Corso Magenta, 61 How is the concept of "social cohesion" traditionally understood in the different countries and by the different public radio, television and multimedia services? What new priority challenges in terms of cohesion and social inclusion has the pandemic underlined to Public Service Media? How to ensure social cohesion and the inclusion of all diversities in the new digital ecosystem, where the "public spaces" through which easily access content and services of general interest are limited? Participants in the debate will take their cue from the results of the research, the first of its kind in terms of content and methodology, carried out between the end of 2020 and the beginning of 2021 by the Rai Research Department and published in the volume: Social Cohesion. The challenge of the radio, television and multimedia public service, distributed by Rai Libri. Participants: