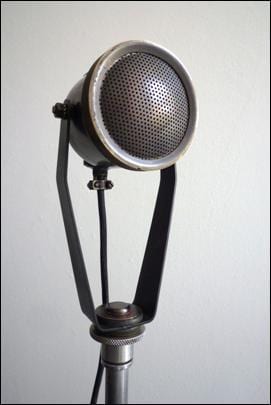 The microphone 50 A, born in 1934, is the result of constant research and development in relation to the production of a microphone whose features are high quality, high sensitivity, insensitivity to shock and modestly to the effects of wind, compactness and robustness .

It's a pressure-type moving conductor microphone. A single aluminium wire with a diameter of 0.25 mm is strongly fixed to a membrane and is located between the poles of a permanent magnet with its length perpendicular to the magnetic lines of force.

The ends of the wire are 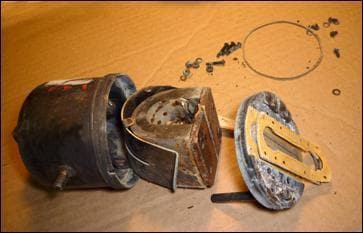 connected to a transformer that adapts the line impedance at 250 ohms or 50. The sound waves achieving the diaphragm, vibrate the wire inside the magnetic field, produced by the magnet. The conductor’s vibration is proportional to the sound vibration and  as this is within the magnetic field, generates a corresponding variable voltage on the primary of the microphone transformer. These small variable voltages (audio modulation) will then be amplified .

DISMANTLING BEFORE THE RESTORATION OF THE MICROPHONE 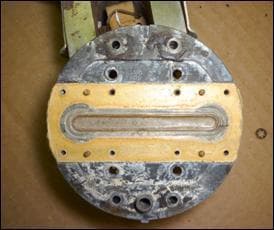 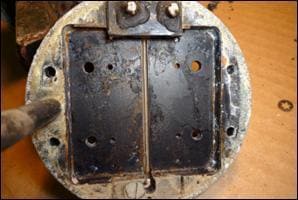 
The microphone is up to a perforated metal cap, to provide it for mechanical shocks and the negative effects of the wind. 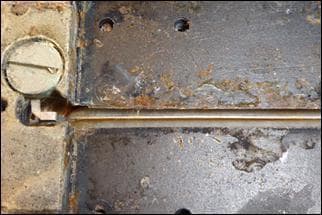 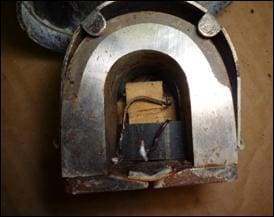 Photos:  A aluminum wire with a diameter of 0.25 mm is rigidly coupled to a membrane and is located between the poles of a permanent magnet

FROM THE ORIGINAL DATA SHEET 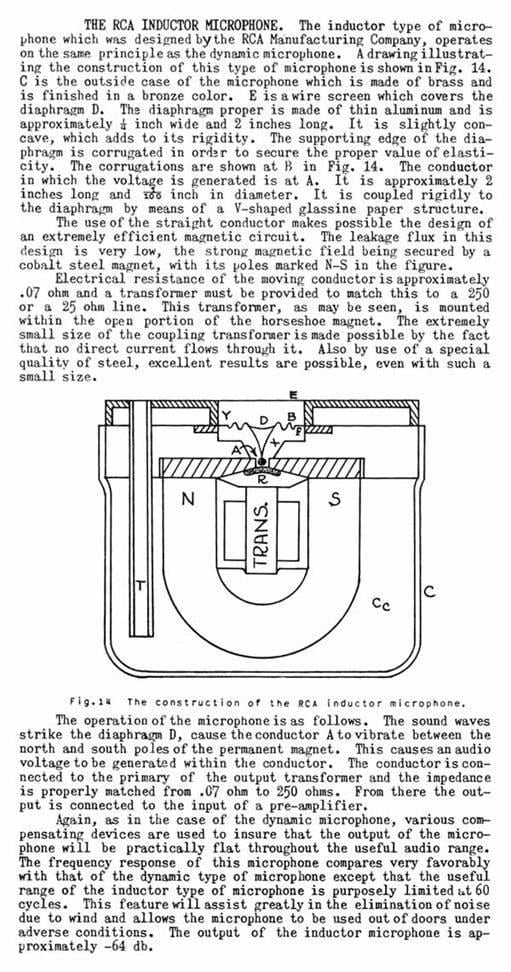 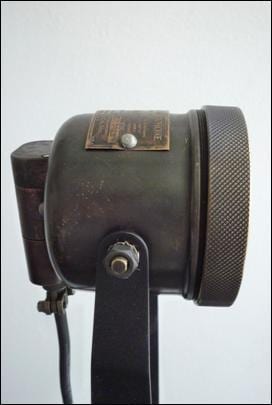 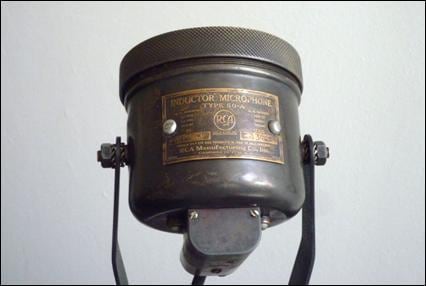 - Prof. S. O. Countant (http://www.coutant.org/1.html) from which we took with their permission news about this microphone

- The 'AIRE (Association of Italian Antique Radio of Turin), which has provided us with some materials.

- Colleagues from RAI in Turin for the audio and video footage and the "voice" of the movie: Angela Brusa