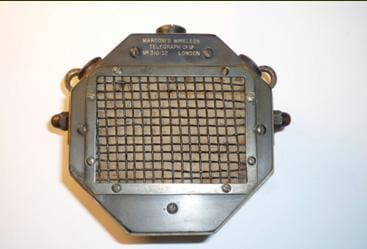 The microphone was used around 1924 to 1940, in the radio studios of the URI (Italian Radio Union) and then by EIAR (Public Hearings Italian radio)

Eugen Reisz  in the early 20’s was trying with George Neumann, (started in 1928, the famous manufacturer of microphones) his assistant, a new sensor to get a better sound than the carbon microphone used in telephony.

The research lead to the construction of a rectangular container milled from a block of marble or Bakelite filled with a fine layer of carbon granules non-conducting, closed by a diaphragm. The marble housing was resonance free and the carbon granule cavity was sealed producing a pressure mic. 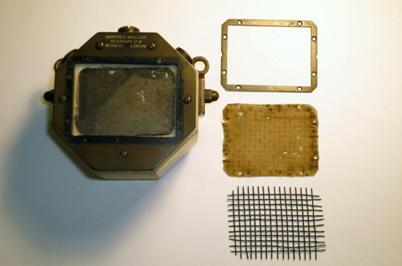 It is claimed to have had a response from 50 to 10,000 Hz.  A considerable quality for those  times.
It could be mounted either on a stand or, more usually, slung with a leather or rubber saddle, or from elastic suspenders using hooks on each side of the capsule.

Photo - Left: The microphone without frontal protection. Down: Marble Base 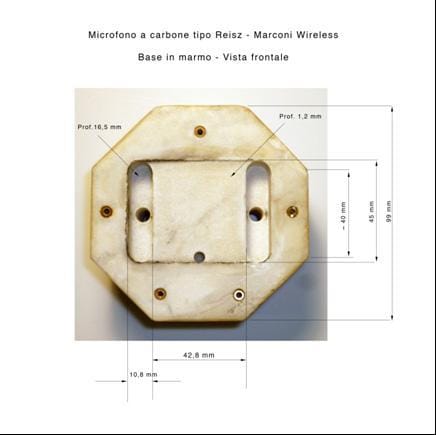 The marble was white, the cavity containing the granules was more or less 1.65 inches to 1.47 inches and 0.047 inch deep. Two side compartments contained the carbon electrodes.

The main feature of frequency is determined by the size of the carbon granules. A black Bakelite fascia with an oblong hole held the diaphragm in place and an oblong brass fascia and protective grill was fixed round its edge with screws to the Bakelite/marble The electrodes were ¼ inch diameter carbon rods some 1 and 1½ inches long at each end of the cavity  connected to the rear of the block by brass rods terminating in two connecting terminals at the rear of the block.
The diaphragms were originally in thin rubber, which gave way to mica, so that it generates an increasing in response at 4.5 kHz and it could have created an unpleasant sound.
There was a correction circuit which could be switched on to help correct this.

Photo - Left: components of the microphone, one of the graphite leads is broken and will be rebuilt. Down: carbon granules. 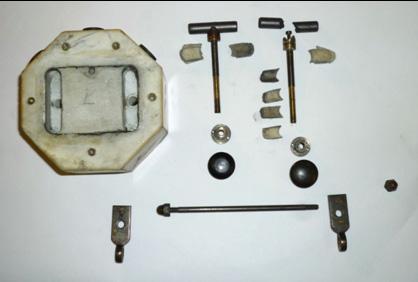 A BBC TI of 1935 certify that: "the speaker should talk across the microphone at an angle of 45 degrees". The final diaphragm was of rice paper filled with oil which avoided the resonance at 4.5 kHz 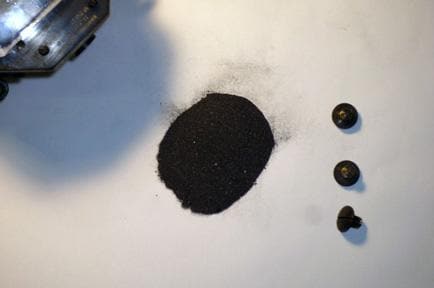 There was a filling hole at the top of the block and (in some versions) on the upper side for adding (or removing) granules, and sealed with screw threaded plugs.

A small “breather” hole guaranteed the internal cavity at atmospheric pressure. While with mica diaphragms, it  could be observed in the amount of granules inside the cavity; the later oiled rice-paper diaphragms it was no longer possible.

It had some restrictions; as  noise level fairly high, caused by tiny spark discharges between the granules (working voltage was originally d.c. 12v, (sometimes 24) but later reduced to 6 volts to reduce the effect) and could produce audible alterations. 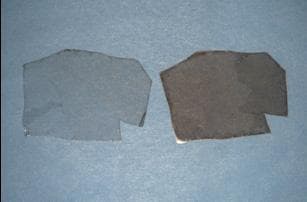 The task of some audio engineers of the period was to visit daily the studios and turn over the Reisz mic upside down and tapping them so as to redistribute the compacted granules. Indeed, this was often done prior to each program.


The 1935 Technical Instruction (by this time a 6 volt polarising voltage was in use) explains that the mic should be disconnected “and, with the diaphragm horizontal and facing upward, the microphone should be well shaken from side to side in order to loosen the granules”.


It should then be hung vertically and an Avometer (tester), set for measuring resistance, connected across the terminals. 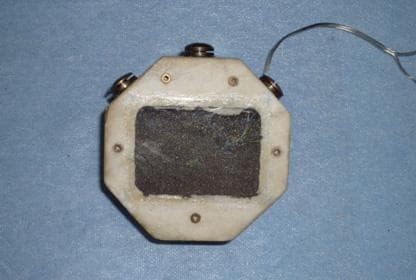 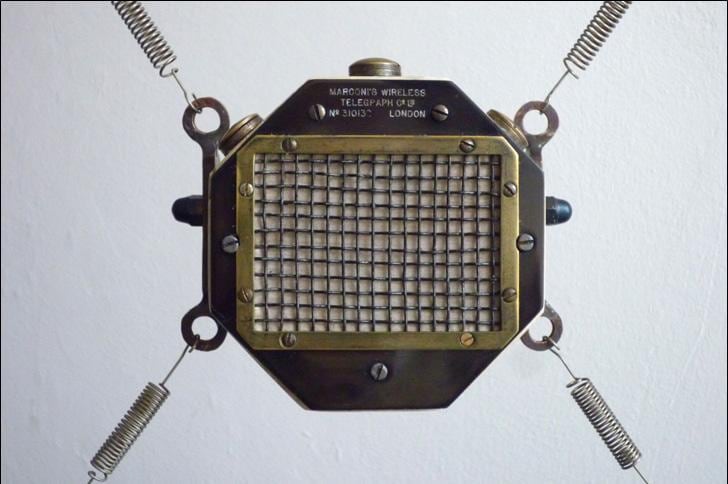 The resistance must be high; accordingly, the side of the microphone should be gently tapped with the finger until it falls within the limits specified and attains a constant value. When this happens the resistance should not vary considerably if the microphone is moved or inclined in its suspension”. The specified DC resistance limits were 115-250 ohms. An Avo set to measure current could also be used to show when the current flow (22-28 mA) was as designed.

The impedance was nominally 300 ohms. Its output was however “asymmetrical”, in as much as that the ‘positive’ half waves of sound pressure compressed the granules, but the negative ones did not equally uncompress them. Attempts were made to avoid this with two symmetrically arranged carbon cavities but, by this time other means of transducing sound - in particular, the improved condenser, moving coil types and the ribbon - were developed
The microphone was sold by both Marconi, and AEG (Allgemeine Gesellschaft Elektrik) with minor changes in construction. 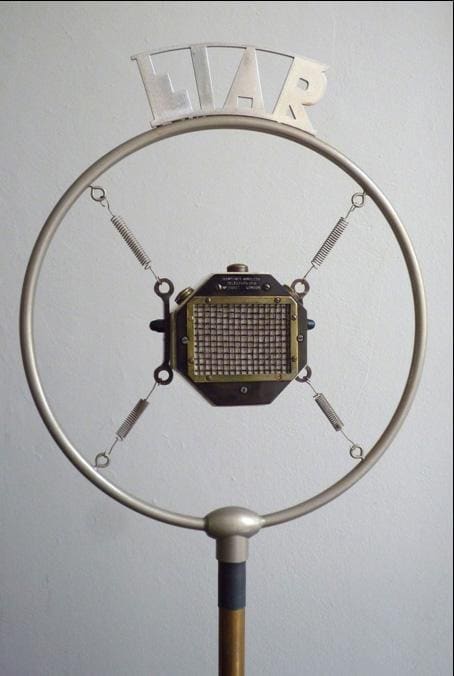 - IBS The Organization for Sound Professionals - from which we took, with their permission, news about this microphone

- The 'AIRE (Association of Italian Antique Radio- Turin group), which has provided us with some material and reproduced the EIAR logo.

- Colleagues from RAI in Turin for the audio and video footage and the "voice" of the movie: Angela Brusa